During today’s assembly, children across the school were presented with

awards for their hard work in lessons across the curriculum.

Children were commended for their efforts for being a Good Learner, including their hard work in Maths including perseverance and resilience . Others were praised for their determination to succeed, even without English as their first language. Other children were awarded certificates for being pleasant members of the class, hard workers and for sharing their knowledge with their friends. Some pupils were also commended for their hard work with Makaton signing, as well as helping their friends to understand these signs too. Pupils from the upper school were also selected for their hard work in keeping up with the challenge of their peers and improving their understanding too.

There was also a fabulous rendition of “True Colours” using Makaton signing as well – if you would like to practice the song, then click here!

Team points this week were won by: Turing (Yellow) =  361 points

The OVERALL House Points Winner for this term was Attenborough (Green) who will be wearing their non-school uniform on the first day back after Christmas!

This morning, children across the school joined together to celebrate

good learning across the year groups.

The new ACE – IT celebration of children’s achievements focuses on the 5 main themes of learning here at Holbrook & our Federated School, Bedenham.

~ Cooperation – Working with others

~Enjoyment – Giving everything a go

Children who were awarded the ACE-IT trophy can see this on display in the foyer when you come into the school… you never know, it might be you receiving this in the future… keep up the hard work!

William and Alisha spoke to the school about the success in the recent cricket tournament at Bedenham school, where one of our Holbrook teams 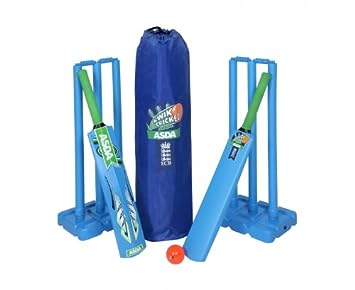 managed to see off 8 TEAMS from Bedenham, to take victory, earning Holbrook a new trophy for the cabinet!

Team points this week were won by: Turing (Yellow) = 626 points

Today in assembly, the hall was filled with generous donations from children and parents across our school community, who have been donating

produce and goods to our school, so that we can pass this on to the Caring Hands Charity. This is to help people in our local area who have less than we do. If you would like to find out more about this charity, look at their website here…

END_OF_DOCUMENT_TOKEN_TO_BE_REPLACED

Year 5 and 6 started the new academic year with a trip to the Winchester Science Museum on 25th September 2018. After a quick trip up the motorway, we arrived ready to experience the Planetarium and take part in the Sound workshops.

There was so much there to touch, pull, push, run along that it was extremely difficult to decide what to do first. Fortunately, the decision was made for us as the guide showed us into the planetarium. This was amazing. The lights went down and we could see the night sky above us. Luke pointed out the North Star, the different constellations and how stories were made up about them. We zoomed in and out of the Galaxy (a little bit disconcerting..and stomach churning!) to look at some of the other planets. We learnt so interesting facts, for example, if we wanted to travel to Mars, it would take six months to travel there and there would be no return trip!

After this, we were able to visit the new space area. This was full of exciting and wonderful exhibits. Some of us were able to step into an actual spacesuit, walk in a room that was an optical illusion and see how the planets rotate around each other. We were able to talk from side of the room to another through a large tube reminding us of the cups and strings we had made back at school.

Next was a quick lunch and then we started our Sound workshops. We were shown two metal poles – one longer than the other. The teachers heated up the poles and then turned them over. They made low and high notes. Do you know which one made which noise? We do! We also put strange hats on our heads and tried to work out where the sound was coming from. This was much more difficult than it sounds. The tubes on the hats seem to distort the sound and represented how animal’s hearing has evolved over time.

All in all, it was a great trip with many children asking to go back again…..and soon!

Today, children across Year 5 and 6 were visited by experts from the Orca conservation

charity. These experts provided a really interesting insight into their work, looking after and educating people about how best we can support whales, dolphins and orcas.

Children explored food chains, whale lifestyles and watched amazing footage of feeding on krill. You can watch a video of this feeding here…

Children had an opportunity to handle materials from the conservation trust, including baleen plates, sperm whale teeth and a killer-whale tooth too. Children investigated how large these creatures were, using comparisons to everyday objects… for example, a blue whale’s heart is the size of a small car!

A huge thank you to the Orca team for visiting us today and for showing us such a wonderful range of exhibits today and telling us such a fabulous range of information on these creatures… If you want to find out more, visit the orca page here for further information…

This week, children across the school were presented with awards

for their hard work in a range of subjects, including fantastic collaboration with other children, working hard to improve their writing and topic work and with others forming their letters correctly.

Other children were awarded certificates for their excellent handwriting, determination to succeed and their positive work in English, Maths and Topic sessions! We also saw excellent homework and learning from outside of the classroom too, with a brilliant poster on the Egyptian Pharaohs too.

The Assembly finished with a fantastic rendition of “Make Your Own Kinda Music” by Paloma Faith, with signing and singing led by Mr Moloney and Mrs Sivier! Well done to all the children that have done so well learning the signs too.

Team points this week were won by: Turing (Yellow) = 848 points

After a busy, productive and exciting start to the school year, children across the school have been awarded certificates for their efforts and hard work across the curriculum.

The assembly began with a makaton signed rendition of “Make Your Own Kind of Music, which you can watch here… Great singing and signing from the school today! Thank you to Mr Moloney for leading the makaton choir.

Good Learners were  presented to children from all Year groups, for their efforts in editing and improving, for their excellent Resi-resilience and for one child – fabulous assistance provided to the teacher in lessons!

Team points this week were won by: Aderin-Pocock (Blue) = 753 points

The whole of Y1 have been busy preparing for our fairy garden. They have been designing and making structures and beautiful accessories. They have included fairy houses, mushrooms, gates, ponds, bridges and much more. They have also planted some amazing seeds including chives, radish, cress and some weird wiggly plants???

Please ask them the parts of a plant we have been learning about in topic.

Please come and have a look at the fairy garden in our conservatory.

Today, children across the school celebrated their achievements, with the Reception classes joining us too for their first celebration assembly today.

Great ideas from children in Year 2 with their English writing, while other children were awarded praise for their hard work in sessions supporting other learners along the way. Some children were rewarded for their efforts in classroom, while others celebrated their determination to attend school, even when feeling a little under the weather!

Alongside this, children were praised for their hard work on difficult topics such as time and digital clock work, as well as applying themselves to a range of lessons across the curriculum. Year R children received celebration praise for their kind work with others, not giving up and choosing sensible learning along the way! Year 5 pupils also received praise for their new work using the online “Third Space” Maths learning programme.

END_OF_DOCUMENT_TOKEN_TO_BE_REPLACED

This week, staff from across the school presented awards to children who had show excellent use of the Holbrook Transformers. Some were awarded praise for their efforts with others (Colla), for their own self-knowledge of themselves (Kit Young), their resilience in times of difficult work (Resi) and their excellent stick-ability (Magna).